Messung IBMS brings the benefit of better indoor comfort, energy efficiency, safety and security, and most importantly better management of all systems under the unified platform.

The overall system architecture comprises of the following logical layers.

BMS supports a wide range of protocols including LONWORKS®, BACnet®, Modbus® and Internet standards. It provides the power to do more, with cost-effective and scalable integration of all your control, monitoring, and operational needs.

A truly open solution, the platform creates a sustainable foundation that supports and evolves with your building system’s lifecycle.

Fire Alarm System (FAS) helps to ensure employee safety and the overall welfare of a business through detection and announcement to the occupants by guiding safe egress routes during the situation of distress.

Addressable Intelligent Fire Alarm System from Messung consists of detectors and devices wired in loop, each with unique ID and location. These devices are directly connected to central intelligent fire alarm control panel that monitors the functionality and status of each device programmed in the system. In the event of fire, these devices detect smoke, heat etc and help to generate audio and visual alarms as well as guide safe egress route.

CCTV technology has evolved exponentially from simple video footage monitoring to today’s intelligent systems that are capable of identifying abnormal events or behaviors.

The system is comprised of a network of security cameras and collective functions and monitors from video feeds on an internal system of monitors. CCTV surveillance systems are more often used to monitor large areas such as retail stores, hospitals, datacenters, banks as well as public spaces like airports and metro stations.

Public Address System (PAS) plays an important role in safe management of buildings. The voice messages guide the occupants what to do in case of emergency. People are most likely to follow the voice command to take the correct action during an evacuation.

Some of the important subsystems of an IBMS required specially for some of the applications like datacenter, large document storage, etc. are as below.

Messung is strategically associated with global vendors of above systems for the integration. 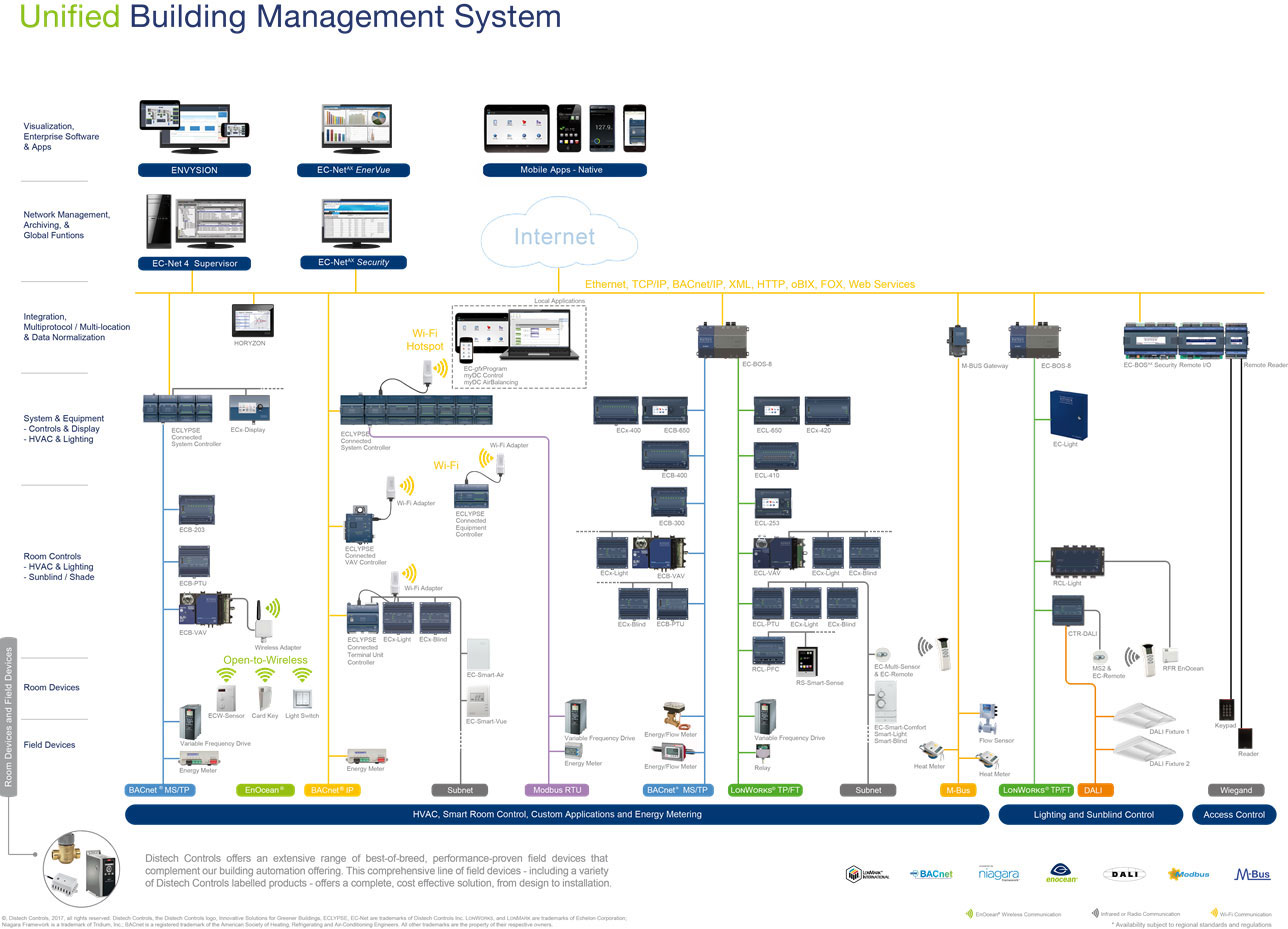